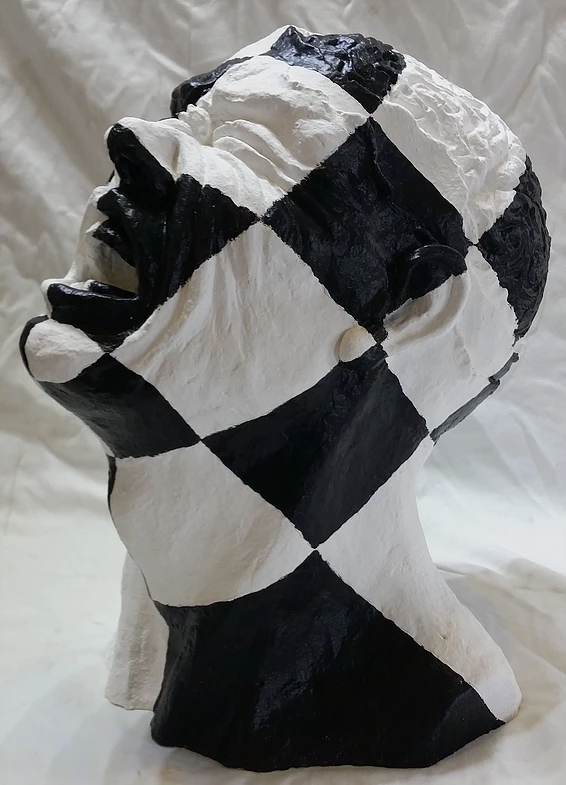 Haim Levy began his passion for art in his late 30’s. Haim entered local exhibitions and art festivals in Karmiel and Misgav area, Northern Israel in the early 1980’s. In 1990, He completed four years of studies in Drawing & Painting Techniques directed by two accomplished Israeli artists who had a studio in Karmiel. Between the years 1995 and 2010, Haim presented his paintings in several group exhibitions and a number of personal exhibitions all across Israel.
In recent years, Haim added a new dimension to his passion, and began sculpturing his art mentoring by Solomon Leviev, a famous Israeli artist from the city of Karmiel. While he has taken many courses in sculpting and drawing, Haim is essentially a self-taught artist who discovered that he has a gift for expressing motion, emotions and gestures through shapes. Lately, his sculptures were on display in quite a few exhibitions for different concepts: solidarity against violence in any form, women and mothers, Eros and desire, Holocaust remembrance forever, “A woman’s voice” – International Women’s Day, and other annual art and craft shows.
Haim is a member of the Association of Artists, Painters and Sculptors in Northern Israel

Artist Statement
My art is the language I communicate with the world around us every day. When sculpturing, I strive for originality and not necessarily accuracy, the principle guiding me is thinking while doing. From figurative nudes to mythical creatures, my creativity crosses a large range of genres. My desire is to give the observer a unique experience, and sometimes without the need for explanations and clarifications.