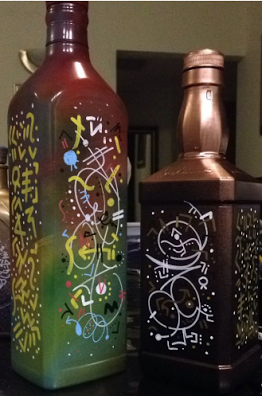 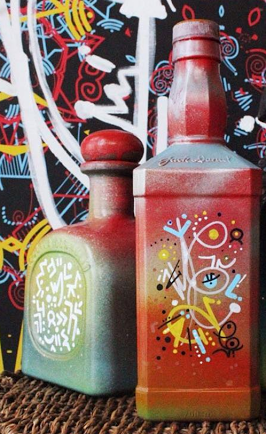 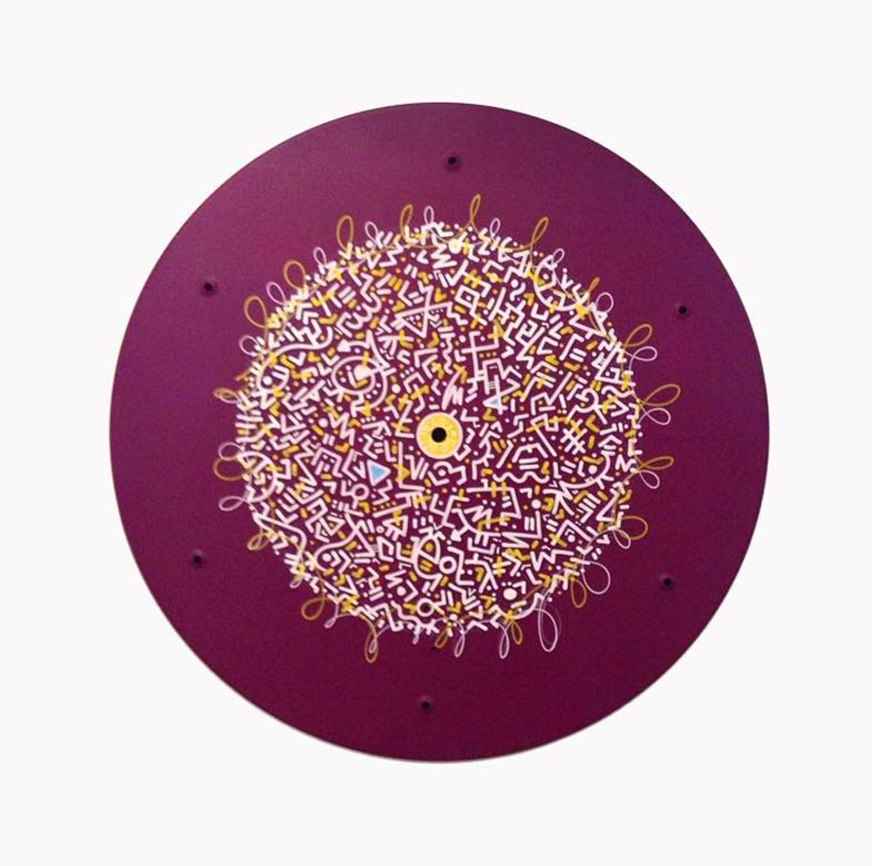 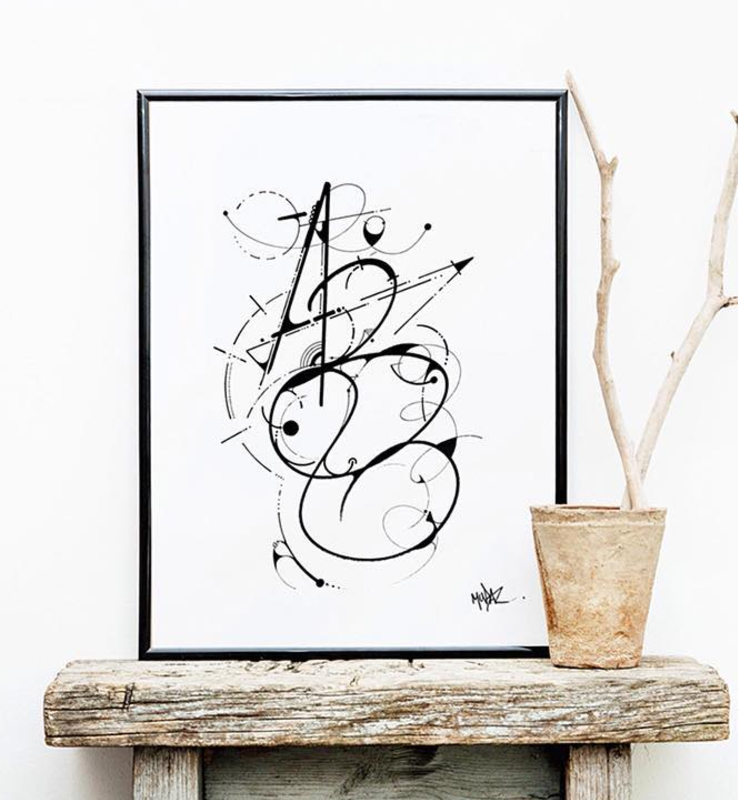 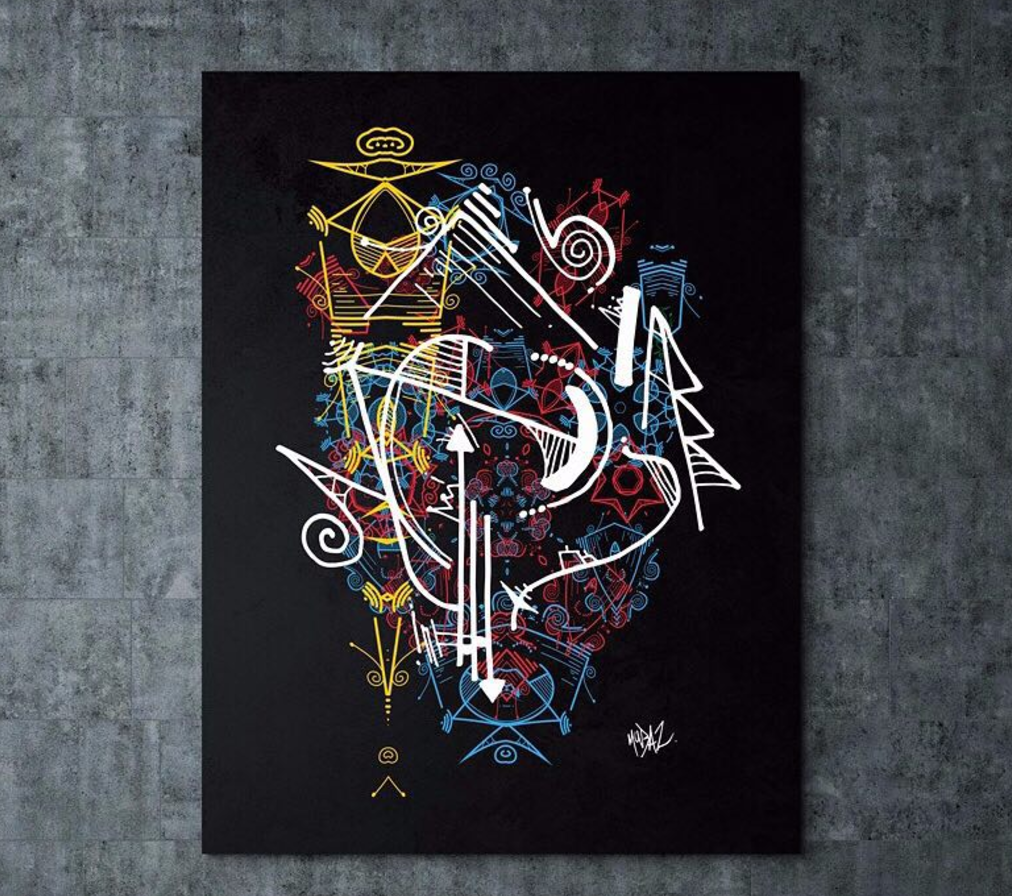 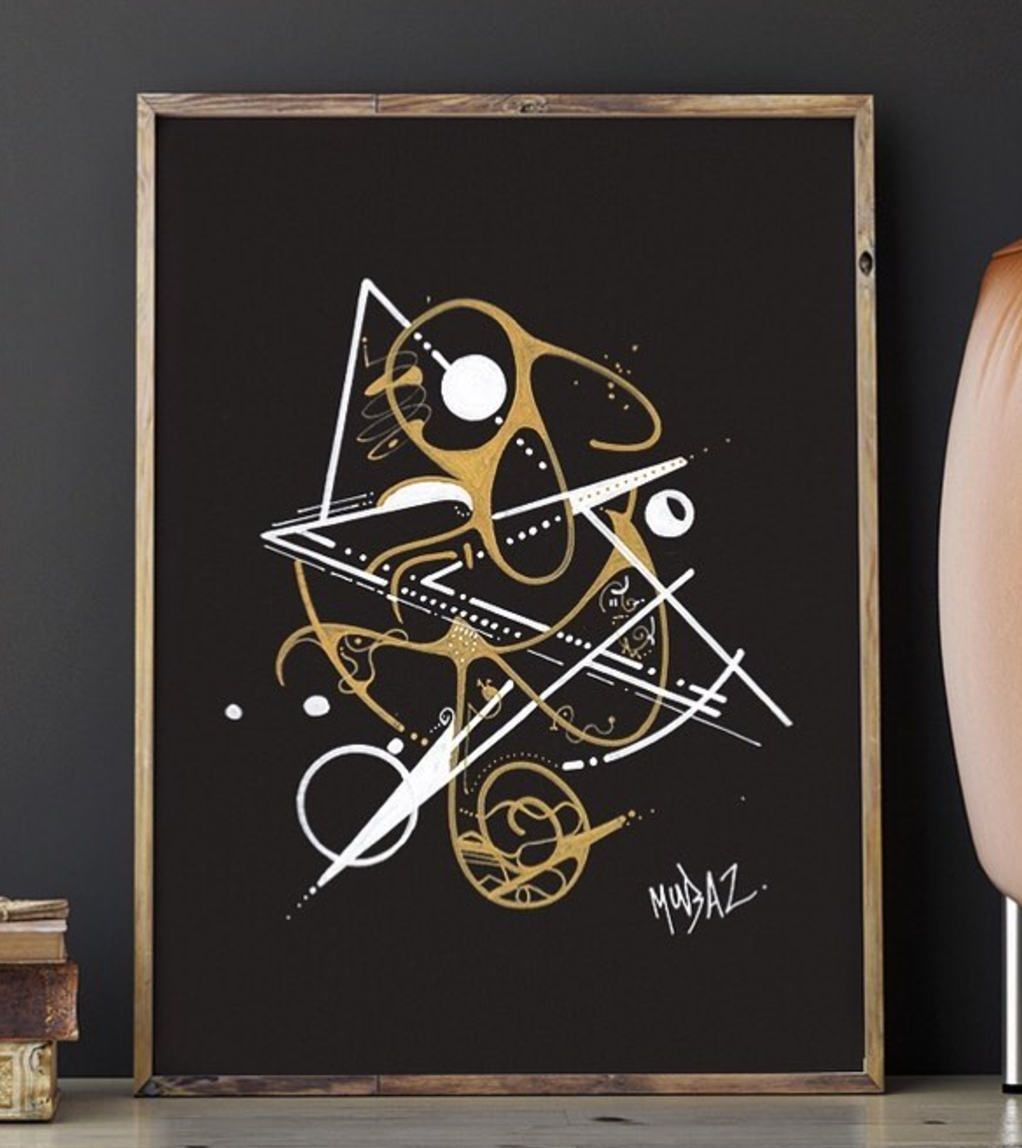 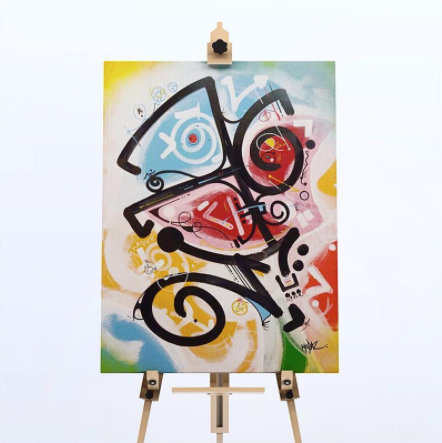 Munbaz (Shmouel Halimi), also known as Shmoolik, begins his journey in the artistic world and realizes his first pieces strongly inspired by these famous graffiti artists from New York. It is the spark that will ignite the artists passion for colours and for the complexity of the dance between letters and beings. He draws grafittis as often as he can. Fascinated by this artistic universe, he turned to design, he learned the fundamentals and conformed to the rules, codes and structures of graphic design.

He gained new viewpoints and he will not be deprived…

When he moved to New York City, through a very strong artistic community, he worked and collaborated within this new environment; he is passionate about music and has an endless source of inspiration that he believes will continue to grow strong beyond heaven to pursue his creative work. Encouraged by Shlomo Mathey, painter sculptor, and Gerard Sendrey, founder of the Museum of Creation Franche de Bordeaux, it is in Israel that he meets Emilio Mogilner, a painter from Argentina, from which he will draw inspiration from the The “1BreathTime” technique, which consists of creating an artwork in just one breath.

He embarked on the realization of abstract works, with an insatiable desire to draw or paint, free from all influences. He never tires to experience different styles that could be described as frenetic dances that would not ressemble each other and he surrenders himself to the visuals.  On this land, where the past and the present combine, he chooses to integrate duality into his art, using for the  same artwork, traditional mediums or digital artwork.

“What you see today will surely be different tomorrow” is the motto that guides the creative work of Munbaz. Having understood that his artwork goes beyond the field of painting and reveals what can not be expressed, the artist proposes with each painting a link to the outside, to the one who receives it and interprets the work according to his own vision that evolves over time. This is a connection between the artwork and the viewer. When the artwork is finished, it no longer belongs to the artist. Everyone is free to appropriate it, to see it, to feel what it wants as raw art, this spontaneous art, timeless in dimension.

Between balance, movement and contrast, Munbaz has defined an original graphic identity, which transport your senses in accordance to his passions and carried by his inspirations and his quest for perpetual renewal. For him, the imperfection of a painting is, without any doubt, where he was meant to go. With new projects in Australia and then in Paris, he intends to continue his work of transformation of what is still called Street Art, that “art of the street”, which Munbaz has already left far behind him, and is what might be called today “Art of Sight”.