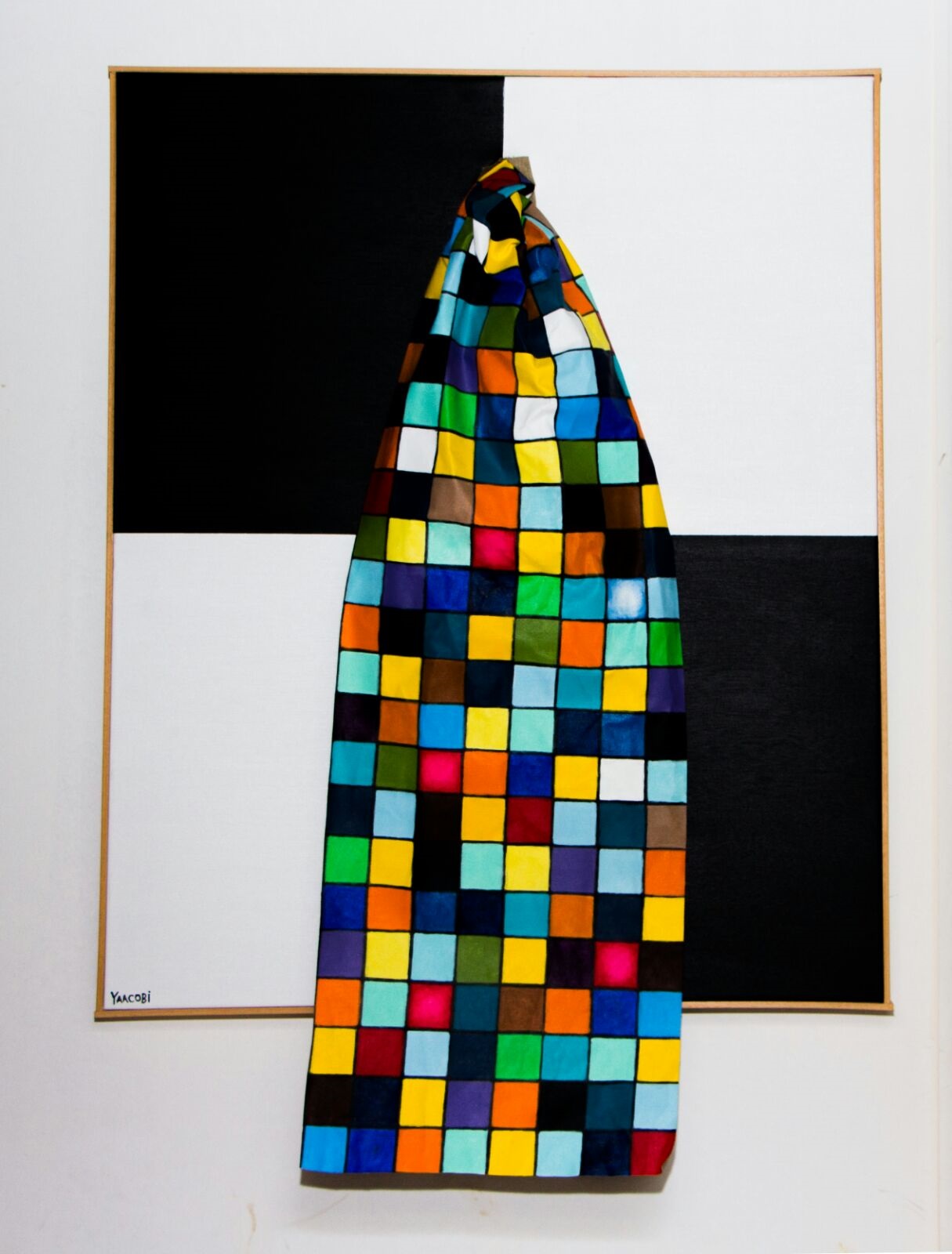 Milestones on the way of the artist…

YAACOBI … born in Tunis, arrived in France at the age of four, and grew up in the ninth district of Paris, between the city squares and the communal school.

Inspired by Chinese friends, son of diplomats, he began to draw. It is an apprenticeship, the learning of precision, concentration and the love of beauty.

Gradually, painting becomes a real need, allowing for self-expression, as well as being a tool for the transmission of spiritual messages.

In his youth, he went to learn in a Yeshiva, (a religious Jewish high school). This period will leave a deep impression on the meaning of his life and his art.

For the first time, he was encounters the sacred Jewish texts, and is plunged deeply into the study of Jewish philosophy. This spiritual world has enveloped Yaacobi and influenced him until today.

Life goes on, and after university, medicine becomes his major professional occupation. But he continues to combine his art with his profession, thus keeps at expressing his need for creativity.

At the same time, Yaacobi has embraced Stephen ZWEIG’s brilliant idea, which identifies the work of an artist at the moment when he receives the divine grace that reveals his creation. It is this moment that he has since striven to perpetuate in the elaboration of his works.

This inspiration that surges at this moment in all directions, at all hours of day and night must be fixed instantly by sketches and annotations in the hope of making them eternal.

He considers that it is possible to create and to innovate at any period of life, for his creations. For him, genius, cultural and intellectual reflection are open to everyone!

This perpetual reflection leads to a mathematical concept: the diagonal!

The diagonal is the shortest way to bring opposites together.

Tracing the diagonals is the recurring work of YAACOBI, it is his permanent search.

A checkerboard may be the diagonal between black and white,

The ladder between the material and the spiritual,

Wings between seriousness and light heartedness.

The canvas will be the diagonal between the work and the artist!

In order to be able to work continuously and present his hundreds of works accumulated over the years, the artist has opened a studio where you can discover his art and buy his works.